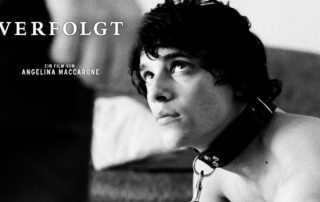 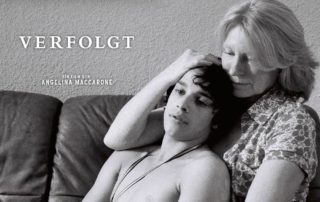 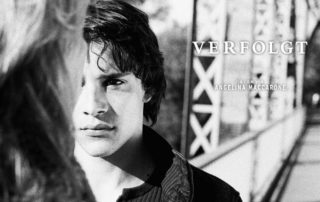 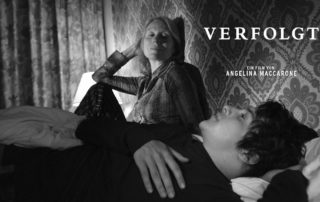 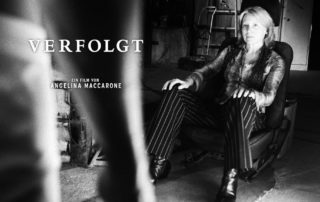 German cinema stars in a scandalous art house production
Kostja Ullmann, Maren Kroymann, Sila Sahin, amm.
Award-winning scandalous film – winner of the Golden Leopard at the Locarno Film Festival.
Successful in the USA and Asia under the title: PUNISH ME.

„ … this clarity, what is demanding, is also to be found in the precise directness of the film, which never creates a sultry atmosphere.“

„The director approaches her love story with wonderful fearlessness and finds strong partners in Maren Kroymann and Kostja Ullmann.“

„Maren Kroymann (…) surprises with an uncompromising portrayal that raises the question of how German cinema was able to overlook this potential for so long “” Great (..) “” Exciting (…)“

„VERFOLGT is filmed in disciplined, high-contrast black and white images, which fits the relationship that is fulfilled in rituals and also accentuates the boundaries between the characters.“
(SÜDDEUTSCHE ZEITUNG)

In the passionate encounter with a sixteen-year-old boy, Elsa discovers her sexual abyss. Elsa Seifert (MAREN KROYMANN), a successful probation officer, is completely absorbed in her work. As a result of the daughter moving out, Elsa’s daily routine begins to crack. When the young criminal Jan (KOSTJA ULLMANN) becomes her new test subject, Elsa finds herself at the mercy of his undisguised offer to submit to her sexually. Elsa takes on the risk with Jan. Both celebrate, stage their longings and create their very own sexual cosmos. Her life is noticeably falling apart …